Dr. Saba Soomekh is the Director of Training and Education at American Jewish Committee (AJC), the leading global Jewish advocacy organization. She comes to AJC after twenty years as a professor and university administrator, where she continues to teach Religious Studies and Middle Eastern history courses for graduate students. At AJC, Dr. Soomekh facilitates antisemitism trainings and workshops for corporations, non-profits, tech platforms, sports teams, music and talent agencies.   She received her BA in Religious Studies from the University of California, Berkeley. Her Masters in Theological Studies from Harvard Divinity School and her Ph.D. in Religious Studies from the University of California, Santa Barbara.

Dr. Soomekh teaches and writes extensively on World Religions, Women and Religion, intersectionality and its impact on the Jewish community, and the geo-politics of the Middle East. She is a graduate of the 2021 Fellows Program at King Abdullah bin Abdulaziz International Centre for Interreligious and Intercultural Dialogue (KAICIID), an inter-governmental organization that promotes inter-religious dialogue to prevent and resolve conflict. In the summer of 2019, Dr. Soomekh was a Scholar-in-Residence at Oxford University with the Institute for the Study of Global Antisemitism and Policy.

Professor Soomekh is the editor of the book Sephardi and Mizrahi Jews in America (Purdue University Press, 2016) and the author of the book From the Shahs to Los Angeles: Three Generations of Iranian Jewish Women between Religion and Culture (SUNY Press, 2012). Her book was awarded the Gold Medal in the 2013 Independent Publisher Book Award in the Religion category. Dr. Soomekh was the Exhibition Coordinator of the exhibition at the Fowler Museum at UCLA entitled: Light and Shadows: The Story of Iranian Jews. She was a consultant and participant for PBS’ documentary “Iranian Americans,” which aired in 2012.

She was also featured in an NPR story on Iranian Jews in America (http://www.npr.org/blogs/codeswitch/2014/01/26/260779898/for-persian-jews-america-means-religious-pluralism-at-its-best), and the Times of Israel wrote a piece on her entitled “Iranian Scholar Breaks Stereotypes While Studying Them” (http://www.timesofisrael.com/iranian-jewish-scholar-breaks-stereotypes-while-studying-them/). Dr. Soomekh is involved in numerous interfaith and intercultural projects and she is a consultant for numerous schools and universities in Southern California focusing on creating honest dialogue about cultural issues. 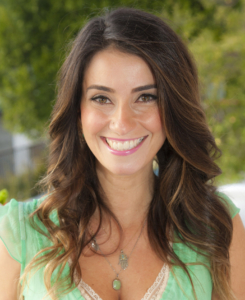